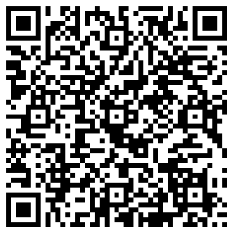 浏览量
With the steel market improving, the average daily output of crude steel in China also ended 8 and continued to decline in September.
According to the latest data of Sinosteel, it is estimated that the average daily output of crude steel in the first half of October will be 1 million 916 thousand and 200 tons, and the average daily growth rate will be 4%. Since the next ten days of August, the daily average output of crude steel in the country has been kept below 1 million 900 thousand tons in 4 ten days, and the average daily output of crude steel in September is expected to set a new low since this year.
Yesterday (October 17th), the daily economic news reporter learned from my steel network that, as of October 16th, the price of its comprehensive trade in steel was 3880 yuan / ton, up 9.25% from the lowest point of 3551.6 yuan / tonne in September 7th this year.
"With the gradual improvement of terminal demand and the implementation of a new round of monetary policy in the world's major economies, the domestic steel market is expected to have a rare" gold nine silver ten "market in recent years." Qiu Yue, a senior analyst at the Shinkansen line, said.
After nearly a month of rebound in steel prices, domestic steel enterprises have gradually improved their efficiency and provided impetus for the resumption of production. Hu Yanping, an analyst at Zhonglian steel, shows that the effective volume start rate of 148 BF in early 10 has risen to about 92%. "At present, the profits of domestic steel mills are all improving, and the gross steel daily output of the whole October is expected to recover to 1 million 910 thousand ~195 million tons."
In fact, the release of crude steel production capacity in China this year has been maintained at a high level. Data show that the domestic crude steel production level in the first 8 months is almost 1 million 900 thousand tons. Among them, the daily output of crude steel in April and June exceeded 2 million tons.
However, since the current domestic economic situation is still in the process of building a bottom, and the lack of confidence in the demand for later downstream steel demand, the price of domestic steel has been slightly callback since the middle of October. "In the current domestic economic forms still face greater downward pressure, the market demand is difficult to rise sharply in the case of rapid release of steel plant capacity, will make the market supply pressure to increase again, restraining the price of steel rebound." Qiu Yuecheng said.
上一篇：
Enhancing the capacity of sustainable development of energy saving and emission reduction in China
无
下一篇：